So these are the last few hours of the year 2015. Some people have been planning for this night for weeks. Some people have begun the “get ready for the celebration or the parties” at the hair salon, nail salon, spa and BevMo. Some are even partying while preparing for “the” party. Then there are those like me who plan to bring in this new year as quietly and relaxing as possible. Regardless of the group or groups we fall in we share something in common. We are greeting this change with heighten anticipation. But why?

I have come to the conclusion that the answer to all of this is HOPE! Hope that we get a ” do over” for decisions and actions that were not so good in 2015. Hope that all the bad stuff that happened in 2015 is behind us and that this new year will bring new, good stuff. For those who had very little bad stuff, you hope for more and better good stuff.

Hope activated takes but a moment. In that moment all the dreams for a better life slowly begin to take shape. Hope actualized is a long process that takes about 12 months. This anticipation and process is why we celebrate. We are glad the last year is over so we can begin the actualization of one HOPED. 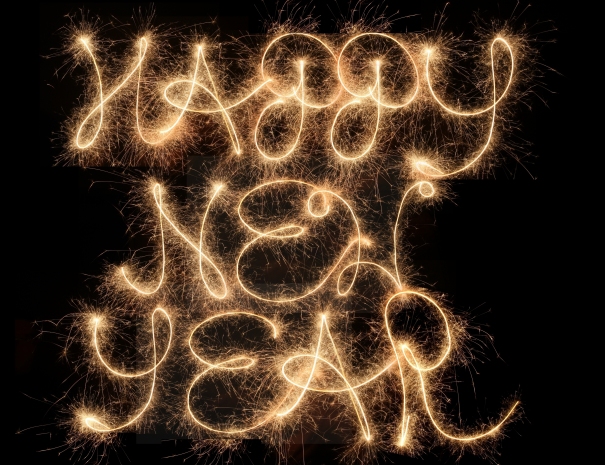 The word science comes from the Latin “scientia,” meaning knowledge. … This system uses observation and experimentation to describe and explain natural phenomena. … Less formally, the word science often describes any systematic field of study or the knowledge gained from it.  www.sciencemadesimple.com/science–definition.html

or for the more particular

a branch of knowledge or study dealing with a body of facts or truths systematically arranged and showing the operation of general laws: the mathematical sciences. 2. systematic knowledge of the physical or material world gained through observation and experimentation.  dictionary.reference.com/browse/science

The bottom line is science observes what is and gains knowledge from it. From where does what is observed come?

It is my belief that the what was created by God. There was a divine entity who executed a divine plan. Mankind has been observing and experimenting to understand God’s creation since the beginning of time.

I put about 5 drops each in a bottle with olive or coconut oil and massage it into my husband’s legs. It doesn’t cure it but it greatly reduces the pain and other symptoms.

I have seen positive responses to putting these oils in the atomizer and sleeping inhaling them. It is also relaxing.  I sometimes add a few lemon drops to clean the air.

This year I didn’t have any ants while my neighbors reported an attack. That is what we call it here in the desert when the summer heat kicks up to 100+. I was donated some clothes for our church giveaway. They must have had a few roaches because after they stayed in my garage too long. I didn’t have a roach problem until then. I sprayed peppermint infused water around the baseboards ad garage entrances, my pantry, behind the stove, refrig and dishwasher and I have only seen one in months. That one seemed to have come up the bathtub drain. My next plan to insure that they are gone for good is to put a few drops of peppermint int he carpet cleaner solution.

Can someone give me a solution to get rid of crickets using the oils?

I am using my oils for all sorts of purposes. I don’t buy lotion anymore. Toothpaste is an endangered species. Haven’t gotten the deodorant down but it is next.

It has been good to reconnect with many of my high school classmates. One of the alums began a page called Dragons Forever and I have enjoyed reading about their lives. It brought back some good memories and some not so good.  I have been thinking about the declaration made by my high school classmates made about me.  You know how the class votes for the Most Talented, the Most Popular, etc. I was voted the Most Likely to Succeed.  I was never sure if they really thought that of me or there was nothing else. Nevertheless, it haunted me for the last 30 years. I don’t possess fame or wealth that you would expect from someone successful. I began a career but after my son’t birth I became a homemaker.I never thought that would be me. I planned a career life, with a family. I didn’t plan for my family to be my career. I devoted my time to homeschooling my kids, taking care of my husband and my home. I was also active in my church and community. I was concerned about black kids, the boys especially in the public school system.  (That is another blog post.)  As my kids needed me less the thoughts of “The Most Likely to Succeed” periodically popped up and in those moments I felt like a failure. I had not succeeded. I am not famous and I am not wealthy, not even well to do. We are living a servant’s life. It has been a very blessed choice but no fame or fortune.

Many of you know this has been a very trying year. I have faced death several times through my husband. I have had hours in the hospital and rehab rooms to reflect on my life. I discovered that I was very wealthy. I had sisters, birth and spiritual that supported me; that loved me.  I discovered friends that I didn’t know I had. Our spiritual children stepped up in ways unexpected. Their actions expressed real love for us. Most of all, those children I gave birth to and those I chose to mother, love me and sometimes they even like me.  My children are pursuing their dreams and taking care o their families. They love learning. They love helping the underdog. They love giving of themselves.  I believe my husband and I had a little to do with those attitudes. Finally, I have a husband who truly loves me as I am. So while I am not the success we dreamed of those years so long ago, I can say I am wealthy beyond measure.

I Understand why you don’t believe Jesus is the Anointed One.

You learned Jesus was not His birth name

He was Hebrew, after all.

And the letter “J” did not exist when he was born in Hebrew, Latin or Greek.

I Understand your questions.

How did they decide which scrolls were to be included in the Bible?

Should I ignore the scrolls that were included because I learned some were not?

Does the absence of some negate the truth of those included?

Or should I discover them and read for myself?

Can I reasonably expect every ancient scroll to be included in one book that I can carry?

I Understand your reasons but I can’t deny based on these truths.

Y’shua of Nazareth  declared in the synagogue His purpose.

Luke 4:18 (AMP)
18  The Spirit of the Lord [is] upon Me, because He has anointed Me [the Anointed One, the Messiah] to preach the good news (the Gospel) to the poor; He has sent Me to announce release to the captives and recovery of sight to the blind, to send forth as delivered those who are oppressed [who are downtrodden, bruised, crushed, and broken down by calamity],

How can I deny such a beneficial mission?

He loved and forgave us and taught us to do the same to each other?

Why would anyone reject love and forgiveness?

Could it be because we want to receive it

But we are too proud and selfish or maybe fearful to give it?

Those who call themselves Christian but behave hatefully in the name of righteous indignation is your biggest hindrance.

They claim to be Christ-like but live it selectively; when you agree with them.

If we are to do the Lord’s work and be like Him, then we should live His mission for all.

(Note; The only ones who received His anger were the self righteous.)

I Understand if your Religion won’t allow you to.

To the Nonbeliever consider His teachings of peace and goodwill;

His example of love and forgiveness.

To Declared Believers: live His teachings and live his examples;

But if you can’t or won’t

To begin your own search try these links as a starting point.

A lot of attention is paid to the Holy family this time of the year, Mary, Joseph and Y’shua. But today my thoughts about Mary were challenged. Dr. Charles Stanley asked his congregation if they had ever thought about what Mary gave up when she yielded to the Holy Spirit? If any of them were like me, they just assumed and took for granted her situation. I mean looking back through our holy, spiritual looking glass, she was highly favored and blessed among women. Right?

Did you ever think about her losing her reputation?

or the disappointed looks from her parents?

Did you consider the threat to her life? Joseph had the right to have her stoned to death for violating their betrothal vows.

Did you consider the gossip in the village; the whispers? She was an unwed mother or she had sex with Joseph before the wedding.

Even though every Hebrew virgin wanted to be chosen to be the mother of the Messiah, when it happened, no one believed her. Sounds like us.

Then I went to church and Pastor Mitchell laid before us the benefits to us of Mary having said, Yes!

We received the opportunity for forgiveness, unconditional love, eternal salvation and the biggy

Her saying, Yes, provided Me the opportunity to be saved from Myself.

I don’t believe I should pray to her but I have increased awareness of what she endured.  She is a very good example of extreme submission to God.

Thank you, Mary for your submission, obedience and endurance.

A few weeks ago I tried a homemade sausage recipe that I found. In that post I gave the source credit for the recipe. This time I tried it just as she wrote it except I substituted vegetable broth for chicken broth.

Next time, I will bake a turkey part and use the drippings to add a little fat to the mixture.

I called my blog Pat’s Random Thoughts so I could blog about whatever peaked my interest at the time. Since my last post I have truly had “random” thoughts. I am all over the place. I haven’t been able to focus long enough to get a complete coherent thought expressed in an intelligent sentence. I wondered why. I finally realized it was a very simple circumstance that had a simple solution.

I am tired mentally and physically and I simply need to rest. However, rest seems to be as illusive as sleep. 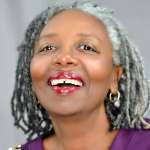 Road to a Healthier Life
Words Of An Average White Male

Tastes of Health
All About Cooking
Life...Take 2

I hope that someone sees this page and decides not to give up...